Police Dogs for Patrol and Detection

In addition, they provide a clear deterrent to resistive suspects with intent to assault, evade, or escape. Our K9 teams also assist other local law enforcement agencies upon their availability. In 2011, K9 expanded with two multi-purpose police dog teams. 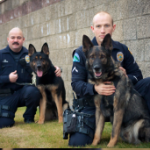 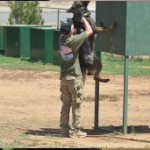 In 2014, the three highest number of K9 calls for service were related to business and residential alarms, perimeter and building searches, and narcotics detection. 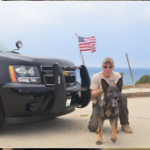 Our K9 teams benefit the department and Post Falls citizens by being a force multiplier to detect hidden suspects. In some cases, the presence of a K9 team will convince suspects to surrender. They reduced the hours it took patrol officers to search buildings, and their presence improved officer safety.

This message is only visible to admins.

19PF31341 DUI/Open Container
Officer stopped a vehicle for several traffic infractions. Female driver was intox and put through SFSTs which she failed. Female blew .201/.198. Female was arrested and booked at PSB for both above charges.

19PF31347 Shoplifter/Drugs
Officers responded to Walmart west for a female shoplifter who did a cart push. Female ran from store but was located by Officers upon arrival. Female had several stolen items in a cart. Upon searching the female's bag Officers located syringes and 2 were loaded with Heroin. Female was arrested for felony drugs and paraphernalia. Female was cited and released for petit theft as well.

19PF31350 DUI
Officer checked on a vehicle with a male in it by the Falls Club. Vehicle was running at the time of contact. Male appeared intox and was put through SFSTs which he failed. Male gave 2 breath samples over .08. Male was arrested and booked at PSB for DUI

There were no major incidents this shift.

We had a set of keys turned in as found property today. They have two key fobs attached to it. If you think these might be yours please call us reference 19pf31282. (SC) ... See MoreSee Less